The holiday season is fast approaching, and that means it’s time for gift buying. With each passing season, finding the perfect gift for loved ones seems to become more and more difficult—a phenomenon not unrelated to the seemingly exponential growth in buying options each year.

So how do we do it? Many of us would like to believe that our decision-making is based in logic and objectivity. Clearly you’ve chosen the coolest plaid neckerchief for your hipster cousin—you got the thing at an Urban Outfitters! Neuroscience reveals that deciding what we prefer based on a few options is not always based on inherent qualities, but rather is highly biased based on expectations.

For decades, psychological research has supported the presence of inherent bias in human perception. A 2001 study titled The Color of Odors examined the effect of color on odor and taste perception of wines. In the experiment, wine experts were presented with two glasses of wine: one red and one white. Each was asked to describe the wine as they experienced it. The experts used words like citrus, flower, lemon, and honey to describe the white wine, whereas they used words like clove, musk and crushed red fruit to describing the red.

However, all of the experts had been unwittingly duped: both glasses actually contained the same white wine, the only difference between them being a little red food coloring in one. Not a single expert was able to identify that both glasses contained white wine, and they all described a white wine as they would have a red. This classic study reveals the power that expectations have on how we perceive the world.

Though psychological studies have revealed a lot about the underlying motives of human judgment, they rarely touch on the neuroscience behind these phenomena. A 2008 study at CalTech, however, began to shed light on how preconceived notions and labels influence our thinking.

In this study, subjects were placed in a functional magnetic resonance imager (fMRI) and presented with two glasses of wine, one labeled $5 and a second labeled $90. However, the subjects were not told that the wine in each glass was actually the same $90 wine. They found that the average self-reported experienced pleasantness (EP) score was greater for the wine labeled $90 as compared to that labeled $5. More importantly, the higher EP score corresponded to an increased blood-oxygen level dependent (BOLD) signal in the medial prefrontal cortex (mPFC) of the brain, meaning that this area was more active when tasting a wine labeled as more expensive. The frontal lobe of the cortex is an area of the brain important for high-level cognitive function and top-down processing. It has been shown to be essential for decision making, planning for future events, and reward comparison. 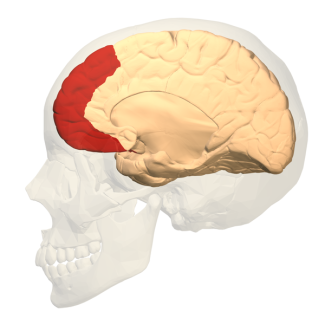 This study revealed that the mPFC did not respond to the wine per se, but rather it responded in accordance to whether or not it received the better wine. An earlier Stanford study revealed that the mPFC responds when the outcome of a reward comparison is revealed and the mPFC is active only after a reward is gained. Therefore, the activation of the mPFC is not directly tied to true sensory signals or inherent quality, but to the markers and labels- signals of quality. The mPFC performs at a higher level of abstraction than brain areas that objectively sense the world around us. In fact, when the insular cortex was studied, the area of the brain that perceives taste, no difference between wines was detected.

These studies demonstrate how our own brains can fool us, stemming from the fact that different parts of the brain process stimuli differently. Bottom-up processing is when we perceive reality objectively based on stimulus—we let the sensations guide our perceptions. Top-down processing is when we drive our own reality based on perception. The frontal cortex’s predisposition for top-down processing is one reason why the subjects in these studies were tricked, and it is why we humans are predisposed to bias.

The study went like this:  to test whether a teacher’s expectation of student performance affected student achievement outcomes, researchers gave an IQ exam to elementary school students and ranked them based on scores. Teachers were told that the top 20% of students have high potential to succeed and were provided with the names of these students. What the teachers didn’t know was that they had actually been given a random list of names. At the end of the school year the researchers returned and administered the exam again to the same group of students.

What they found was astonishing: 2nd and 3rd graders labeled as “bright” at the beginning of the year had advanced significantly beyond their peers- with significantly higher IQ scores on average.  The researchers concluded that the teachers’ expectations of student achievement actually became self-fulfilling. Those students labeled “smart” actually became so. The teachers either consciously or unconsciously paid closer attention to these students, or treated them differently when they were having difficulty. The teachers and students at this elementary school believed in the existence of “smart” and “not-so-smart” students, and so they made it their reality.

Importantly, this idea extends beyond labels of intelligence. Subsequent studies have shown that labels based on race, class and gender can influence our perceptions of people just as strongly. 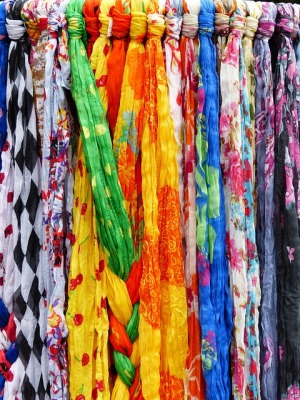 Which will you choose? (Image credit: Pixabay)

All that being said, does it mean you should be doing your holiday shopping with a blindfold so as to protect yourself from unconscious biases? Should you blindly grope through racks of wool and cashmere to find something inherently pleasing to the touch? Probably not, though it might be worth the confuddled reactions you get from sales associates. Though it’s likely best to avoid accidental bodily contusions from self-imposed blindness, there is something to be said for trying to minimize harmful bias.

Holiday shopping may be a small-stakes enterprise when it comes to upholding the ideals of equality and fairness in our society, but these principles will surely slip away if we are not vigilant in maintaining awareness of our prejudices. The goal here is not to entirely eliminate prejudice—that  would be a futile undertaking indeed—but instead to let science enlighten our culture to them.

Caitlin Millett is a 3rd year PhD candidate in the Neuroscience Graduate Program where she studies manic-depressive illness with Erika Saunders, MD. In her spare time, Caitlin enjoys reading, writing, and yoga.