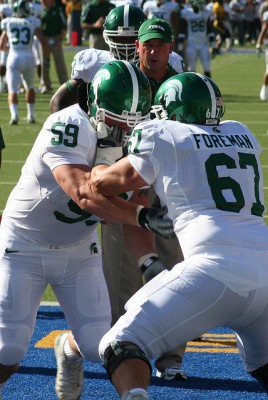 The players seem like gladiators from another era. Chiseled out of stone, they feel no pain as they run, jump, and catch with a grace that appears super-human.

The reality is, however, that they do feel pain—and often are playing injured. As news of the most recent lawsuit against the National Football League unfolds,  the realities of America’s favorite sport are slowly being revealed–retired players are claiming that the NFL got them addicted to painkillers.

There are several legal factors to consider in such a claim: did the NFL act recklessly, negligently, or maliciously? Did they create a culture that encouraged drug abuse? Were players informed of side effects and drug interactions?

Most of the drugs mentioned in this case (Oxycontin, Percocet, and Vicodin) are prescription opioids, which have a long history of abuse and addiction. These drugs act on opioid receptors of the central nervous system relieving pain and causing feelings of euphoria.

While the legalities of this particular claim will likely be argued for a long time, the question remains: why are prescription opioids used so often for pain relief, and why are they so addictive?

On the other hand, top-down pain suppression involves areas of the brain stem including the periaqueductal grey and the rostral ventromedial medulla. When stimulated by opioids, these brain areas descend on the spine in order to shut down the pain signal.

Clearly opioids are useful in blocking pain, and you may have even taken an opioid after having surgery. But what makes these drugs so addictive?

Pain relief alone is unlikely to drive addiction. Rather, opioids signal feelings of euphoria in the brain’s reward center, the nucleus accumbens. Altered reward circuitry in the brain is the biological basis of addiction.

The problem is that tolerance to opioids occurs rapidly, meaning you need more and more drug to achieve the same effect. This makes opioids a poor treatment for chronic, long-term pain. And since many NFL players accumulate several injuries over the course of a season, chronic pain is almost inevitable.

In order to be a gridiron tough guy, however, an NFL player may feel compelled to “play through the pain.” This turns into a vicious cycle whereby players are taking more and more drug with diminishing results.

An attorney for the NFL players, Stephen Silverman, notes that “the NFL knew of the debilitating effects of these drugs on all of its players and callously ignored the players’ long-term health in its obsession to return them to play.”

Doctors have known about the addictive properties of opioids for a long time, and it will be interesting to follow this case as more information comes out concerning the amount of pills given and the ease at which players could get prescription opiates.

Of course, you don’t need to be an NFL player to obtain prescription opiates. In addition to buying these drugs on the street, pain clinics across America have become a hotbed for addicts.  It is not unusual for an addict to convince multiple doctors to prescribe narcotics for pain relief. Additionally, there is an alarming trend wherein more prescription opiate addicts are turning to the street to buy heroin, which is cheaper and stronger than most prescriptions. Because of this trend, heroin use has been on the rise since 2007; 669,000 Americans report having used heroin in 2012 (Nation Institute of Health, 2014).

Of course, if you have a job that continuously feeds you pain killers to boost your performance (like, say, an NFL football player), and then you are cut off from this supply (you retire), the negative social and family problems that arise from addiction will almost certainly follow.

This leads to an interesting question from a legal or even a medical standpoint: is opioid addiction fully the responsibility of the addict, or can doctors, and even businesses like the NFL, be held liable? Street drug dealers have been held liable for death of a customer, so why not big business?

Although this case will be decided between the league and the former players, the biggest ethical question falls on the role of team doctors. Is there an inherent conflict of interest when the needs of the player (health-wise) and the needs of the team (game-wise) are opposed?

Whichever way this case turns out, it forces us as a society to examine personal versus professional responsibility.