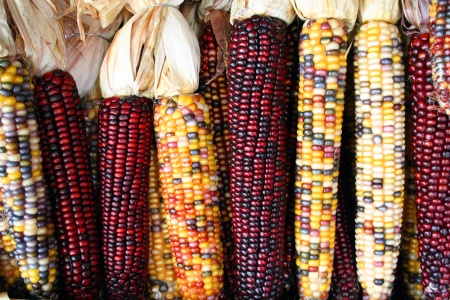 A recurring theme in science fiction is the ability to modify an organism’s genetic material. The goal is usually to give the modified person or creature amazing characteristics — super speed, super strength, or mind control, to name a few.

I haven’t met anyone with these features yet, but the future is already here. Scientists can modify the genomes of animals and plants with ease, though for an entirely different reason. You may be familiar with the term already: “GMOs.”

A genetically modified organism (GMO) is any living thing that has had its genome (its genetic material) modified. In general, GMOs fall into two major categories—organisms modified for research purposes and those modified for consumption.

You may be familiar with the advocacy work of the Non-GMO Project, Chipotle’s new G-M-Over It campaign, or seen social media postings from friends and family about the dangers of GMO food. But what’s the real science behind the science fiction?

GMOs in the laboratory

Modifying an organism’s genome is not as difficult as it sounds. For example, one can make mouse cells glow by inserting a DNA segment (gene) from a glowing jellyfish. To do this, researchers grow mouse embryonic cells in specific media. The isolated jellyfish gene is attached to a selection gene and mixed with the cells. A selection gene typically confers resistance to a toxin, which means only the cells with the gene can grow in the presence of the toxin.

Once mixed, cells will actually pick up the segment of DNA. The cells are then grown in a different environment that destroys all the cells that do not contain the selection gene—in other words, all cells without the glowing jellyfish gene. Researchers implant the embryonic cells directly into a female mouse; when the pups are born, their cells will glow. 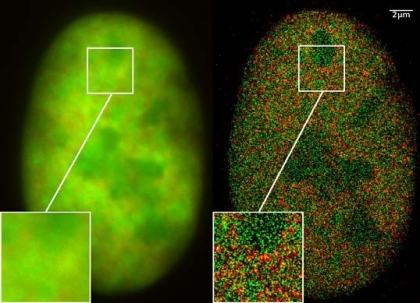 The glowing gene can also be put next to other genes that permit only specific cell types to glow. Alternatively, it can be placed in such a way that specific cells only glow at certain times. Importantly, regardless of where the gene goes, the genetic modification does not otherwise affect the health or behavior of the mouse.

Being able to specify exactly where in the genome this modification is placed allows scientists to visualize how and under which conditions certain cells divide or travel. The concept applies to all types of genes, including those that make an animal prone to a tumor.

With thousands of gene combinations, this type of research has become a valuable tool to study the growth patterns of cancer and other diseases.

GMOs on the dinner table

The second category of GMOs are plants modified for consumption. The methods of modification are similar to animals, but no female adult is needed to grow the plant.

The advancements in genetic technology means that we’re able to grow more food with fewer resources and in harsher conditions — a necessity for an ever-growing population.

Are GMOs safe to eat? 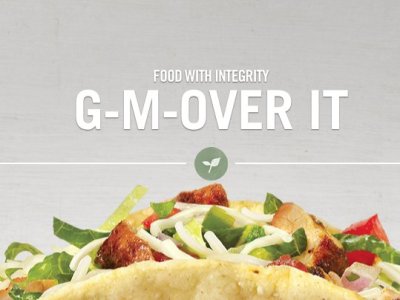 Chipotle’s new G-M-Over It campaign: is it backed by science?

A backlash toward GMO foods has emerged over recent years. According to an ABC News poll, approximately half of the United States population believes that GMOs are unsafe to eat.

Most of the concern stems from fear. Many people find the idea of inserting a gene from a bacteria into corn repulsive — the assumption being that the corn is now contaminated by bacteria and unsafe to eat. The same fear surfaced recently when it came to light that experiments were underway to insert a fish gene into tomato plants to make tomatoes more resistant to freezing. Fishy tomatoes have a certain “ick” feeling to them, right?

The backlash has led some companies to declare they will serve only “non-GMO” food, with Chipotle being the most well-known recent example.

However, this begs the question: What foods deserve a non-GMO label? The soy products at Chipotle are almost certainly GMO — oil that is used in chips, for example. Soda contains high fructose corn syrup from GMO corn, and their animal products come from animals fed with GMO feed. The non-GMO marketing strategy is just that — marketing.

That said, it is perfectly reasonable to be concerned about how our food is made. In this case, the fear is misplaced, but the scientific community needs to better communicate why GMOs are safe.

Inserting a single gene from a different organism, even a different species, is not unnatural. In fact, humans (and all species) have shared genes from a multitude of organisms in our DNA already—bacteria, viruses, fish, apes, and Neanderthals are some.

Inserting a fish gene into a tomato does not make a tomato “fishy” in the same way that humans cannot breathe underwater. We share some genes with fish, but that doesn’t make us fish. Indeed, a single gene can hardly be considered “part of” a specific organism at all. 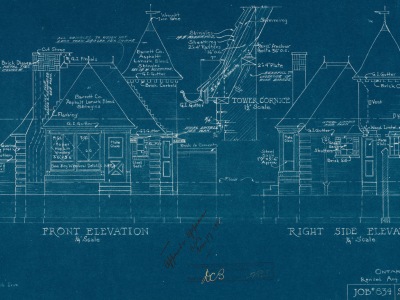 Consider a construction metaphor. DNA is often considered a blueprint for building an organism much as paper blueprints lay out how to build a house. Say the blueprint from a specific house instructs how to insulate an attic efficiently. We’ll call it the insulation gene.

One would never say the office buildings became “part-house” just because of a better insulated storage unit. This is the essence of GMOs—changing a small piece of the blueprint to improve function.

More concrete concerns regarding GMOs such as unintended allergens, gene crossing (inadvertent transfer of genetic material), or outcrossing (inadvertent mixing of the modified crop with other populations) have been addressed, and great care is taken to minimize any risk. For example, any transfer of genes from allergenic organisms is tightly regulated in the U.S. and is exceedingly rare. No allergenic effects have been found connected to GMOs. Furthermore, addition of genes that could be harmful if transferred is prohibited, such as antibiotic resistance genes.

Layla Katiraee at The Genetic Literacy Project has compiled an excellent list debunking common myths perpetuated by non-GMO activists, which you can read here.

As with any new technology, society must decide if the benefits outweigh the risks. In the case of GMOs, risk is very low and benefit very high both at the research and consumption end of the spectrum. Expect GMOs to become even more commonplace as technology improves. 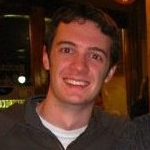 Ross Keller is a 5th year PhD candidate in the Biomedical Sciences Graduate Program. He works with Dr. Edward Gunther in the Gittlen Cancer Foundation where he studies how genetic mechanisms contribute to the development and progression of breast cancer. Ross enjoys writing, reading, swimming, and traveling.

Ross has no conflicts of interest to disclose.

US Dept. of Agriculture: http://www.ers.usda.gov/data-products/adoption-of-genetically-engineered-crops-in-the-us/recent-trends-in-ge-adoption.aspx

One thought on “Frankenfood? The Real Science Behind GMOs”