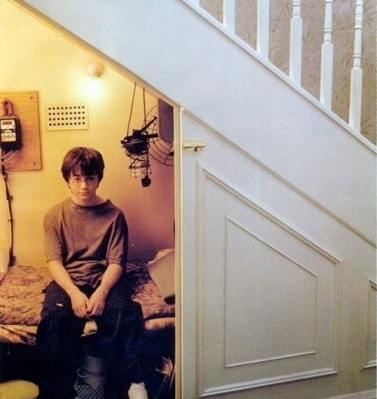 “Perhaps it had something to do with living in a dark cupboard, but Harry had always been small and skinny for his age…[he] had a thin face, knobbly knees…and wore round glasses held together with a lot of Scotch tape because of all the times Dudley had punched him on the nose.”

And so we are introduced to The Boy Who Lived, the Chosen One—the famous Harry Potter. His seven books have been translated into 73 different languages and sold over 450 million copies worldwide.

But readers wouldn’t guess, after author J.K. Rowling’s introduction of Harry in Chapter 2, that the orphaned boy would be the one to defeat the powerful and devastating Dark Lord Voldemort. Snubbed by his only remaining family, bullied by his cousin and classmates, and residing in the cupboard under the stairs, Harry is short, skinny, and totally non-threatening.

And it’s clear to us why. His Uncle Vernon, Aunt Petunia, and cousin Dudley Dursley—to whom he was passed as an infant after the death of his parents— ensure that he’s properly malnourished at all times. After spending a day cleaning the Dursleys’ entire house and doing yardwork in the blazing July heat (on his 12th birthday, no less), Aunt Petunia prepares for Harry “two slices of bread and a lump of cheese” before sending him off to hide during their dinner party with the Masons. It’s no wonder he’s so small for his age.

But perhaps something other than the physical abuse held back his growth, too. Beyond the malnourishment, it’s possible that Harry Potter suffered from what is known as psychosocial short stature.

Psychosocial short stature (PSS) is a growth disorder caused by extreme stress and emotional deprivation endured during childhood. Symptoms, which typically appear after age two and continue into the early teenage years, include short stature, immature skeletal age, and improper body weight for the child’s height. 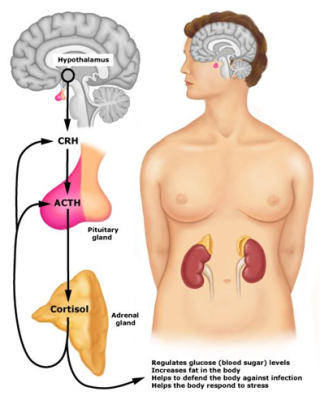 A persistently stressful environment ensures that the body is constantly in “fight-or-flight” mode—the state that Harry was certainly in during a particularly crummy Potions class with Snape, much less while face-to-face with Voldemort. In the short-term, the adrenal glands respond to stress by releasing epinephrine (also known as adrenaline) and norepinephrine. These hormones cause dilation of muscle vasculature and increased heart and lung function, but inhibit unimportant processes like digestion.

But with long-term physical or psychological stress, however, the outer portion of the adrenal glands releases another hormone called cortisol. Rat pups deprived of their mother even show significantly higher cortisol levels than pups that were not. Cortisol inhibits the secretion of growth hormone from the pituitary gland in the brain, which we attribute widely to the increasing height and bone mineralization as children develop into teens and adults. Interestingly, kids with Cushing’s syndrome(characterized by abnormally high levels of cortisol) also tend to have short stature and lower bone density compared to their healthy peers.

Several studies on PSS have shown that when a child leaves an abusive home environment, growth hormone insufficiency can be reversed. In fact, kids and teens seem to undergo rapid “catch-up growth”to what is likely their genetically predetermined height.

Of course, Harry’s initiation with the wizarding world wasn’t all Chocolate Frogs and flying broomsticks. Hagrid informs him early on that Harry’s parents were brutally murdered by the Dark Lord, and that Voldy’s wand crosshairs were set on Harry next. But just leaving the emotional distress of the Dursley home seemed to be enough. 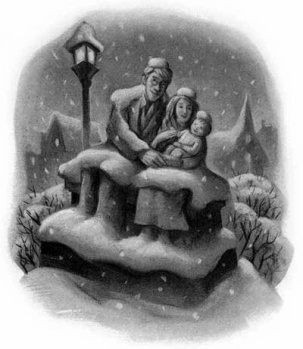 During the Battle of Hogwarts in Book 7, when Harry recalls the spirits of his parents using the Resurrection Stone, his father James was described as being “exactly the same height as Harry.” It seems he caught up after all.

Harry Potter was emotionally and psychologically deprived when he entered Hogwarts. To be fair, he was probably still the most stressed bloke in the series by far, what with Voldemort, Death Eaters, basilisks, Dementors, Triwizard Tournaments, and countless deaths of beloved friends.

But at Hogwarts, Harry also experienced, for the first time ever, trusting friendships, being part of a sports team, the strong bond of family, and discovered true love (well, once Cho Chang was out of the picture).

Originally published at The Conversation UK.